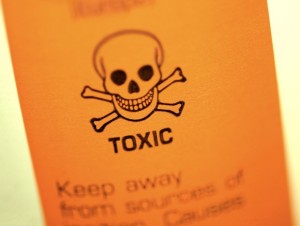 Last weekend I spent some time writing to all the companies who advertise on Alan Jones’ 2GB Radio show. For non-Aussies, I should explain that Alan Jones is a Sydney based ‘shock jock’. A right-wing radio talk-show host. He doesn’t like our current Prime Minister. He has previously said that she should be placed in a chaff bag and dumped at sea. But the comment which sparked people like me into action was a reference to the Prime Minister’s father, John Gillard, who died recently. ‘The old man recently died a few weeks ago of shame to think that he had a daughter who told lies every time she stood for Parliament,’ Jones told a Sydney University Liberal Club dinner audience. As of today, I’m glad to note that several companies have pulled their sponsorship from the show, although the chances are that they will return once the noise has died down.

Sadly, such vitriol is becoming more and more common. A friend of mine in Boston, Massachusetts, volunteered some hours making 80 calls on behalf of Elizabeth Warren, Democratic candidate for the US Senate. He reports that some of the Republican homes he called shouted obscenities at him. One said ‘I hope she burns in hell’.

An article in The Age, also on Saturday, reports on the increasing polarization in the way news is reported in the USA, which in turn contributes to polarization of political opinion.  The article quotes Steve Schmidt, a senior strategist for John McCain’s 2008 Presidential campaign, saying America’s media has become so polarized it is possible for followers of both camps to live entirely inside their own news echo chambers,

‘It used to be as, Daniel Patrick Moynihan said, everyone is entitled to his own opinion but not his own facts,’ said Schmidt, quoting the patrician Democrat senator, who died in 2003. ‘Well now you can have your own facts, too.’ A case in point was the recent video where Mitt Romney was caught on camera dismissing 47% of the American electorate. Despite almost wall-to-wall reporting elsewhere in the media, if you just watched Fox News you might be unaware that this had even happened.

This polarization is even greater among people whose main source of news information is social media. The evidence suggests that by choosing only to expose ourselves to news and opinions we agree with, our opinions get narrower and more extreme.

To make comments about another human being as Alan Jones has done about Prime Minister Gillard (or to relish those comments) is not possible so long as you see that person as a human being. Vitriol like this goes hand in hand with a dehumanization of the other person. It is the same dehumanization that occurs between Israelis and Palestinians, between warring tribes or two sides in a civil war. This dehumanization is made much easier when we only see the half of the story that we want to see, and ignore the other side of the story.

When I was growing up, I had an uncle who chose to read a left-wing newspaper although he was politically to the right. His reason was that he wanted to stay sharp by being constantly exposed to views which challenged his own. It is something I respected him for enormously.  I have since learned for myself that when we engage with different perspectives to our own, we grow mentally and spiritually. And when we don’t engage with difference, our intellects and spirits become smaller.

There are no easy answers to the political polarization in the media that Alan Jones represents (although I do think that since government’s have the power to grant licenses on the public airways, they could apply more discretion about ensuring those airwaves are used for the public good). But in one sense the answer is simple (if not easy). We as individuals need to keep reminding ourselves that the people we disagree with are human beings, and that they have reasons for thinking the way they do.  We have nothing to fear by trying to understand those reasons – we can only grow as a person. And by taking the step of genuinely listening to the other, there is always a remote chance that they might reciprocate and listen to us. But if we don’t listen to them first, we have no right to demand that they listen to us.

Sovrn
Alan Jones: How can we disagree without being disagreeable?
Tagged on: communication    conflict resolution    diversity    listening