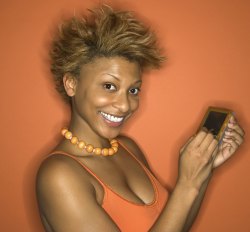 The concept of different personality types has been studied for thousands of years . Many of the modern personality profiling systems have their roots in the Four Temperaments, as described by Hippocrates about 2400 years ago. These four temperaments: Sanguine, Choleric, Melancholic and Phlegmatic, remained commonly used categorisations of personalities right up to the present time. The Swiss Psychologist Carl Jung used them as a basis for his own theories of personality which were then, in turn, picked up by others. The Myers-Briggs Type Indicator (MBTI) and the DISC assessment both have their roots in Jung’s work on the psychology of personality. Both MBTI and DISC are often used in the business sector to help managers better understand the teams they are managing.

MBTI looks at four areas where the personality has a preference for one of a pair of choices.

From these four pairs come the 16 distinct personality-types of MBTI.

DISC also looks at four areas where individual may rank higher or lower on the scale:

Another popular tool – the Enneagram – also has ancient roots in the Sufi tradition. It is likely that the Sufi’s themselves drew on the Four Temperaments in the same way that classical Islamic culture absorbed much other knowledge from the ancient Greeks.  The Enneagram has been particularly used as a tool for personal growth within traditional and non-traditional spirituality. Each of the nine personalities (sometimes referred to as “ego fixations”) identified by the Enneagram has a specific direction for growth and a different direction for “disintegration”.

A more recent psychometric tool, developed by Roger Hamilton, is Wealth Dynamics, which combines Jung’s insights with the wisdom of traditional Chinese culture as expressed in the I Ching – specifically the five Chinese elements and the concept of “flow”. Wealth Dynamics was originally designed for entrepreneurs and it identifies eight “wealth profiles”, each of which has a specific path to wealth through finding the specific state of flow for that profile. This work has since been further adapted as Talent Dynamics for use among teams and employees. By identifying the profiles of team members, it is possible to place them in roles where they play to their strengths and get into a state of “flow”, with greater productivity and job satisfaction. The understanding of how the different profiles work together gained through Talent Dynamics can also be valuable in identifying strengths and weaknesses of the team, and as a tool for recruitment.

There is an interesting overlap between cultures, values and personalities. Different cultures have different hierarchies of values which, in turn, tend to favour particular personalities. For example, you are likely to find a higher proportion of citizens who have no problem being assertive in New York than you would in Beijing. Conversely, you would find a higher proportion of Chinese who are loyal to their parents than you would in most Western countries.  This does not mean that cultural stereotypes are true. Each individual is unique and has their own unique set of values. But individuals grow up in families which have a particular set of values, and in cultures which also have their own values – and these values do impact the individual

Like many tools, the tools for understanding personality can be misused or used well.

A common misuse is to go around mentally putting people into boxes with labels according to the latest personality system we have read about. This can lead to us treating the person as if they were the description on the label, instead of seeing the person inside the box.  This mistake is made worse once we start telling them what their personality type is and how it explains the way they behave.

Everyone is a unique individual, and nobody likes to be put in a box. For each of us, there will be things we like and things we don’t like about our personality. This may lead us to resist a deeper understanding of our true nature, and to have someone else come along and tell us what we are like can be a painful experience.

These tools can also be very effective when thinking about teams. A good team is much stronger than the sum of the individual strengths. As the old adage goes: TEAM = Together Each Achieves More. But this only works if the team members have complementary strengths and work together synergistically. Managers who lack awareness often make the mistake of recruiting people into the team who are most similar to themselves – because these are the people they understand best and seem easiest to get along with.  Armed with good tools for understanding different personalities, a manager can build a team with a mix of strengths and personal styles. And they can do this without having to inform team members that they have been hired because they fit into a particular personality box.