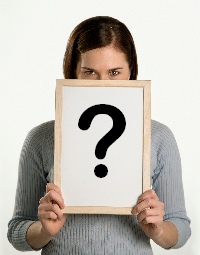 This is the first of a promised series of posts exploring 10 keys to getting high performing teams.

This one looks at having the right people in the right jobs.

A key part of this comes at the recruiting stage. Don’t make the mistake that many businesses do and focus on skills and experience. Skills can be easily taught and experience can be gained. It is more important to look things like personality, strengths and values.

Get this right and you will find people who have an intrinsic motivation to work in that role. In other words they will enjoy what they do. That is a powerful drive, and will mean that they are not so dependent on extrinsic motivators – the carrots and sticks of traditional performance management.

I use the Talent Dynamics test to find out in what roles a person is most likely to find their flow. There are other personality profile type tests, such as Myers Briggs (MBTI) DISC and various derivatives of them with different names. Personally I find Talent Dynamics more suited than the others for reasons I go into here. What it will help you find is the person who is most likely to thrive in the role you want them to fill. It’s no use having someone who is a creative big-picture person trying to do repetitive detail-orientated work. Likewise it’s no use having someone who is systems and numbers focused in role where they routinely need to engage with people’s emotions and irrational behaviour.

A common mistake people make when recruiting – particularly if it is the business owner or founder who is doing the hiring – is to pick people who are similar and “on the same wavelength” to themselves. They think (rightly) that the new employee will need to be part of a team, and so they look for a spark, a connection. The problem is that they then want this person (who is similar to them) to do the jobs that nobody else in the organisation is good at, or wants to do. After all, that is why they hired them! If they are too similar, they will also not be enthused about those tasks. There will be an initial burst of high performance (which is normal when someone starts a new job) which will gradually slide back into procrastination or other forms of poor performance.

It is much better to hire someone who is different to you, with different personal attributes, and whom you may find challenging to work with at first. In one of the episodes of the TV series House about the maverick but brilliant diagnostician, Dr House is in the process of selecting a new team and set them various tasks. One of the candidates always seems to have the “right” answer in House’s opinion, and everyone expects House to hire this candidate. But he lets him go, because he doesn’t need someone else to tell him what he already knows. Instead he picks the candidates who will disagree and challenge him.

The caveat to all this, is that whoever you pick needs to share the organisation’s values.

People’s values are very closely linked to their motivation. For most people, money ranks somewhere in their hierarchy of values, but it is far from being the whole story. Organisations which have not worked out what their values are will use money as a default value. It’s the same story with individuals. But it is important to realise the limitations in this. Something which may be a strong motivator initially (because you don’t have enough money) can become a poor motivator once circumstances change. What if someone else offers a higher salary? What if you don’t get the bonus or pay rise you think you deserve? Researcher Daniel Pink has shown that in work which involves skills of problem-solving and creativity, linking performance to money actually results in lower performance. (See this video)

When individuals feel that they are working in an organisation which stands for something they believe in, then they are likely to work harder, for less money and stick around longer. More importantly, when problems arise (which they invariably do) they are going to be more motivated to put up with some discomfort while they try to solve the problem rather than taking the easy option of quitting and finding a job somewhere else.

So in an ideal world, you will have worked out your organisation’s values and attracted/hired talent who share those values and whose personalities are suited to the various roles required.

But we seldom get to live in that ideal world!

If you have not yet worked out your organisation’s values then it is time to start now. We are moving increasingly fast into a world where this stuff matters and is part of any organisation’s competitive edge.

To be meaningful, values cannot be just imposed, top down, but need to emerge from a consultative process and genuine conversation. Otherwise you will end up with a beautiful piece of paper which everyone quickly forgets and ignores. There is nothing more discouraging than working for an organisation which says “we value everybody’s ideas to improve the business” and then fires someone for speaking out about things which are going wrong. If you are not going to commit to living the values, then you are better off not having them at all. It is more honest.

However the discussion about values cannot be a simple democratic process with majority rules, because this is an issue of leadership. Seeing the organisation’s leadership be proactive in shaping the values discussion is crucial to being able to trust the leadership. (Politicians, take note!)

If it is successful, the process will result in a clarity around values which strongly resonates with some (hopefully most) people, and leaves some people feeling uncomfortable. These people who feel uncomfortable will start to test the boundaries, just like adolescent kids.

It is vitally important particularly in these early stages that the leadership enforces those boundaries.

If, for example, one of your values is “to neither give nor accept bribes” and you have an employee who tests that by paying a bribe to win a contract, then the moment the organisation turns a blind eye to that behaviour it makes a mockery of all organisation’s values. Trust will be undermined at a very core level.

If you will stand anything, then you stand for nothing.

The process of becoming an organisation that stands for something and which has clear values will usually mean that some employees will no longer fit the new culture. They will probably leave out of their own choice, once they see that you are serious about these values. If that happens, then you can congratulate yourself that you are going in the right direction.

Getting clear on your organisation’s values and making them central to how you behave (not just an empty “mission statement” which everyone ignores) will do two things: First it will encourage and inspire those who share those values to shine more, to feel more responsible for the organisation and to work harder. Secondly it will make those people who don’t share these values feel uncomfortable and sooner or later they will leave voluntarily (though usually not until they have tested a few boundaries first).

Stay tuned for future posts in this series.