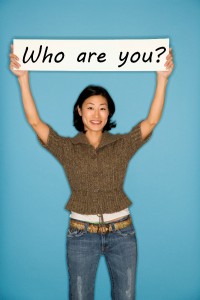 Trust is increased when we know who we are dealing with. Telling stories of defining moments can be an effective part of a performance leadership strategy.

I was told by someone recently (in person) that she didn’t like to accept friend requests on social media from people she hadn’t met face to face.

I can understand that. It is a matter of trust. How can you trust someone you don’t know?

But how well do we know someone even when we’ve met them? On my first visit to Solomon Islands I met a tall blond American who had lived there for many years. He recounted going to a village where they had never seen white people before. The chief approached him, looked up at this exotic creature and asked “what village do you come from?”. “New York” came the reply. The chief looked thoughtful. “I’ve heard of that village” he said.

This encounter was the Melanesian equivalent of asking someone what they do. It alllows us to put someone in a mental box so that we feel more comfortable dealing with them. It also allows us to start to frame expectations around the other. But it is far from knowing them.

At a workshop on Trust recently, I invited participants to pair up and share with each other some “defining moments” of their lives. I modelled this first by sharing some of my own defining moments. After the exercise we reflected on how it had impacted our levels of trust. Not surprisingly, people felt that they knew each other better and levels of trust went up.

In modelling the exercise, I talked about moving to a different part of England when I was five years old, and being teased at school because of my accent – which made me more determined to hang onto it. This set up a theme of belonging vs being an outsider and an interest in identity which has been a thread through my life. And I shared how the 9/11 attacks got me thinking about how the world could learn to live with difference – a quest which was instrumental in bringing me to Australia ten years ago.

Storytelling is rich in meaning. It says more about us than we are, perhaps, aware. Knowing who to trust and who to distrust has been important for our survival as a species, and we have evolved deep and subtle mechanisms for evaluating each other. Storytelling taps into those mechanisms. We get a sense of another person when they tell their story far more than when they tell us what job they do or what their values are. A key to its effectiveness is being willing to be vulnerable. The more one person is willing to disclose openly about themselves, the more likely that trust will be reciprocated.

The “Defining Moments” exercise is one small part of Ian Berry’s Enhancing Their Gifts System™ for performance leadership (of which I’m an accredited mentor). People perform better when working with people they know and trust. It’s amazing, though, how little many people know about their work colleagues. Sometimes people can be working alongside each other for years without knowing the deeper things which make them tick.

How well do you know your colleagues?

Sovrn
What village do you come from?
Tagged on: communication    listening    performance leadership    trust    workplace