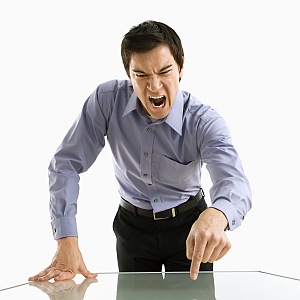 This is the eighth in a series of Ten Keys to High Performing Teams. This article looks at the role that conflict resolution plays in workplace performance.

Conflict, like change, is inevitable. But it does not have to be destructive. Handled well, conflict can be a driver of innovation leading to better outcomes for everyone. The good news is that if you implement the other Keys to High Performing Teams in this series, you are already avoiding some of the drivers which can make conflict damaging and costly.

But because conflict is usually seen as something negative, painful and destructive, many people and organisations try to live in denial, seeking to avoid open conflict at all costs. This is not a good idea! It leads to even more pain over time as the conflict goes underground spreading its toxic fruits without being given a chance for a positive resolution.

Some of those toxic fruits include:

Stress: 73% of Australians are suffering from stress with nearly half of working Australians reporting workplace issues as a cause of stress. Stress-related absences cost Australian employees $30 billion per year.

Lower productivity: A global survey in 2008 found that, on average, workers lose 2.1 hours per week to conflict while managers spend between 40-70% of their time dealing with conflict.

Staff turnover: Chronic unresolved conflict acts as a decisive factor in at least 50% of departures. Conflict accounts for up to 90% of involuntary departures, with the possible exception of staff reductions due to downsizing and restructuring.

Sabotage: Studies reveal a direct correlation between prevalence of employee conflict and the amount of damage and theft of inventory and equipment. And, covert sabotage of work processes and of management’s efforts usually occurs when employees are angry at their employers.

So what are the keys to effective handling of conflict?

1. Acknowledge conflict and try to bring it into the open as soon as possible.

Conflict is most destructive when it is driven by unconscious forces. Much of the work of conflict transformation is to bring those unconscious forces into consciousness where they can be looked at, discussed and negotiated with.

When dissent is not allowed to be expressed it causes anger which can grow until it reaches a point of explosion. Some people are good at expressing disagreement. Others find it more difficult and will sometimes express dissatisfaction in passive ways through sarcastic comments, gossip, bad-mouthing people behind their backs, procrastination, failing to reply to messages etc. This can provoke further conflict and lead to escalation. If you suspect that someone is upset or angry but not expressing it directly, try asking them using words like: ‘You seem upset. Are you angry about something?’

Be aware that when you are asking that, you are asking someone to be vulnerable. When people find it difficult to express anger it is often because they judge anger to be bad. Admitting anger is like admiting to doing something wrong. So great care needs to be taken with this conversation to avoid any expression of judgement about their feelings.

2. Listen first without trying to problem-solve, defend or fix

Listening is the single most important skill in dealing with conflict. There is a huge power in allowing someone to express their anger and frustration, which needs to be released before the conversation can move on to problem solving. In the case where several parties are involved, each must be encouraged to express while the others instructed to simply listen without trying to defend, explain or disagree. They will have their turn later.

3. Understand the root causes of conflict.

As I have written in my book Why can’t they get along?, most conflicts have multiple causes and often the ones that first present themselves are not the root causes.

The four root causes of conflict are:

Notice that ‘different value systems’ is not mentioned – despite the fact that people often believe this to be the cause of a conflict. The reason I have not included values is that they are often misunderstood. Values are not fixed into some sort of rigid system that is part of a person’s personality. Values are made up of a combination of needs and beliefs which can change over time and also through negotiation. Any attempt to present a conflict as a clash of values is likely to lead to an impasse. People frequently link their sense of identity with their values, and as a result they become very defensive about them. Focusing on the four root causes listed above allows for more flexibility and more possibility of resolving a conflict.

Each of the four root causes requires a different solution. Using a conflict analysis tool such as the one at the end of Why can’t they get along?, can help bring into focus the underlying causes of the conflict and point to the most effective strategies.

4. As appropriate, invest time and resources to resolve the conflict.

In most cases, conflict will not be solved overnight. At minimum it requires an investment of time and quite possibly the help of an expert facilitator from outside the organisation. The worse the conflict, the more it will take to resolve it. But on the other hand the worse the conflict the higher the cost to the organisation. In almost all cases a healthy ROI is guaranteed. ‘Unresolved conflict represents the largest reducible cost in many businesses, yet it remains largely unrecognized.’ (Dana, Daniel (1999). Measuring the Financial Cost of Organizational Conflict. MTI Publications and Slaikev, K. and Hasson, R. (1998). Controlling the Cost of Conflict. Jossey-Bass). Stephen MR Covey refers to these costs as ‘the trust tax’.

Mike Lowe Helping individuals and teams get into flow