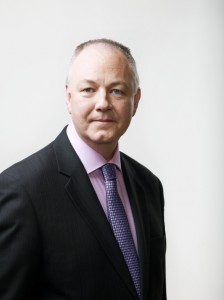 Mike has spent most of his working life with the international NGO, Initiatives of Change, which has a long history of building trust across the world’s divides.

During much of the 1990s Mike was running leadership training programmes to help create trust and integrity in the former Soviet Union, including programmes for members of the Ukrainian Parliament, youth parliaments, universities and civil society organisations. Responsibility for running the programme was handed over to people in the region and Foundations for Freedom, still exists as an international non-government organization based in Ukraine.

Since moving to Melbourne, Australia, in 2002 he has worked with Police and former militia leaders in Solomon Islands on programmes to build trust and reconcilitation after the conflict there. He also established Discover the Other as a programme to help people from different cultures engage with difference in a constructive way, working with the Islamic Council of Victoria, interfaith groups and local councils. This led to the creation of Discover the Other as a consulting, training and mentoring service, focusing on how to create and sustain trust within and between organisations and individuals. He has run workshops on trust for Organisational Development Australia, the Melbourne Change Management Professionals network, Eastern Health, and has mentored many business leaders and entrepreneurs.

Mike is a licensed HuTrust® consultant, an accredited Mentor of the Enhancing Their Gifts System™ and an Accredited Talent Dynamics Performance Consultant.